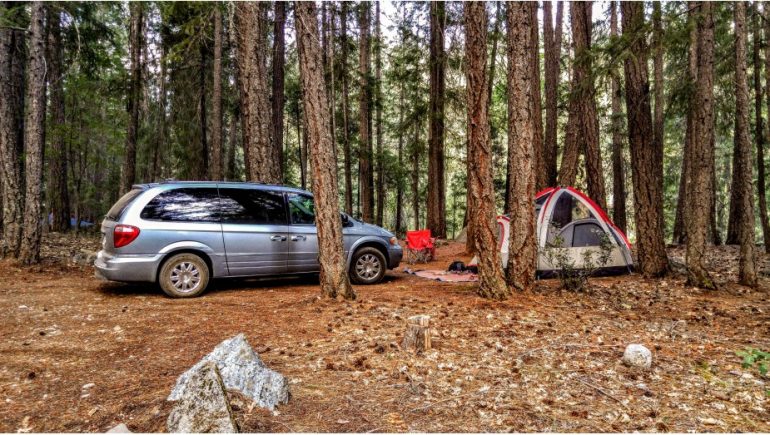 What if you were poor and living semi-homeless in an RV park? 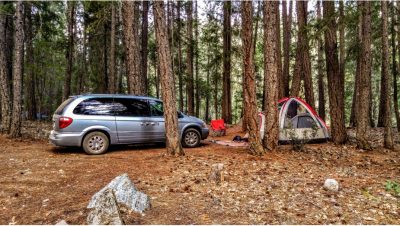 Would anyone know?  Would they recognize your homelessness if they saw it?
When we bought our motorhome and moved into it full-time, we spent a month in an RV Park in our hometown, finishing with work and personal obligations.  It was mid-summer and hot…very hot.
We happened to be parked on the last row at the RV Park, with the ‘tent’ sites across from us. Mid-week, a family in an older station wagon rolled into one of those sites and set up a tent next to a picnic table. How nice, I thought, they are on a summer vacation with their 3 small children.
Watching them off and on for the next few days, I saw the father often leave in the car and be gone for quite a while, leaving mom and the kids behind. Sometimes they would all go and come back several hours later. When they first arrived, they had a dog, but after only two days the dog wasn’t with them anymore.
The kids would walk by often when we were sitting out by the table at our site, with our dog beside us. They loved our little dog and always wanted to pet him.
On the fourth day, mom happened to stop by with the kids and petted the dog too. She began talking and said because of their situation, the dog had to be given away. She went on to say that her husband had lost his job, and they had lost their house and were now living in the tent until they could get enough money together to get a security deposit for an apartment. Her husband had gotten a job at a nearby Denny’s, busing tables and washing dishes.
She had a sadness about her, but the littles didn’t realize what was going on. They really were on a vacation, showering in the bathhouse and taking occasional trips to the pool.
I immediately wanted to gather them all into my ‘grandma’ apron and give them a great big hug. I wanted to feed them, find them jobs; I wanted to call all the services that I knew about to get them help.
What I did was let this sad mom and the littles wander back to their tent, in the hot afternoon sun, and went into my motorhome and looked at the two boxes of fresh peaches I had sitting on the counter. I had purchased them earlier in the day, along with a myriad of groceries, for an upcoming trip.
I took an empty grocery bag and set a half-dozen peaches in it. I pondered what else I might share with this struggling family. They had no refrigeration, so giving them meat, eggs or milk was out of the question.  I settled on a box of peanut butter crackers, some jerky and cookies. Not healthy, but it was all i had to offer them.
Later, I walked over while they were off playing and carefully placed the items on the picnic table and walked away. .
We left a few days later. I don’t know if they ever got enough money together to get a place to live, but I hope so.
Since that time, I’ve encountered two other similar situations; someone living in a pop-up truck camper and another in a very old trailer. In both situations, the folks were using their accommodations not because they wanted to live out on the open road and travel, but instead were using the cheapest form of living arrangements to keep from going to the local homeless shelter.
Have you looked around where you are? Is there a family or an individual that you are over-looking?
One of the advantages of living out on the road is that you don’t have to be obligated to a local community. There is no need to investigate how you can give back to your neighbors and community.  After all, you won’t be here next week or next month.
But as a full-timer, are we not a part of a community wherever we stop and park? Do we not have an obligation as human beings to look for a need and meet it?  What are you doing to be kind in your part of the world?
Previous Post Next Post