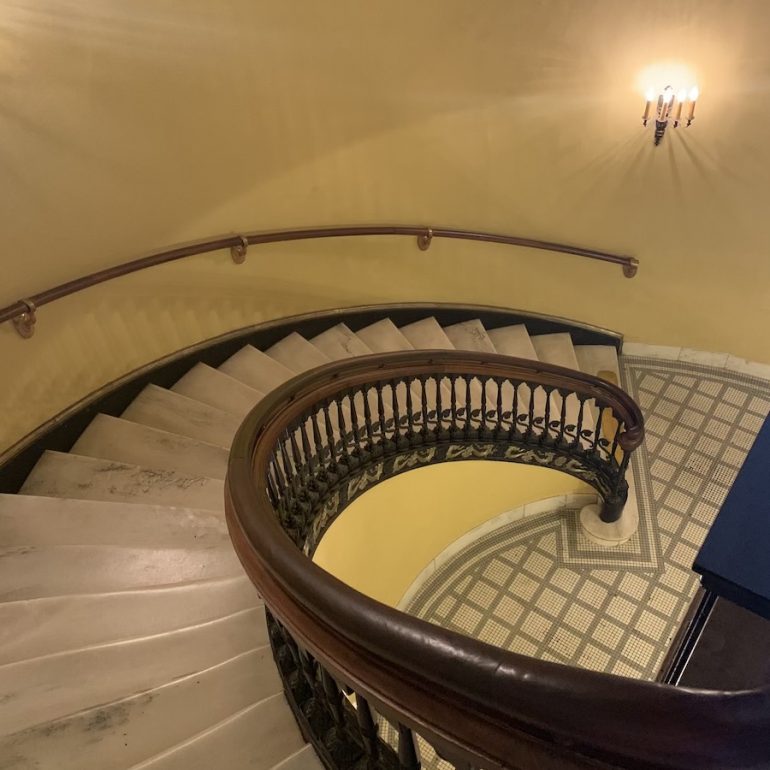 3 years ago no comments

There wasn’t really a big reason to drive all the way to Hot Springs Arkansas, except that RVing friends had told us there was a great private off-roading park there, and epic mountain biking in the area.

We had to make a stop somewhere on our way from Knoxville, Tennessee to Texas and it seemed like a good place to go!

Staying at the ORVpark (off-road vehicle) was a great option, so we book a week there. We really had the place to ourselves as they are closed on Tuesday and Wednesday, and it rained some at the end of our week. Marc mountain biked from the motorhome every day that it didn’t rain, and we jeeped almost every day, too! (Clicking on one of the photos will bring up a gallery for better viewing.)

We spent a day playing tourists and visited the Hot Springs National Park – which is the smallest and oldest “preserve” in the US. It is even older than Yellowstone, although Yellowstone was made a National Park before Hot Springs. But it has existed in some form since 1832. Even in the 1700s, the Indians that traveled this area saw it as a sacred place.

In the late 1800s and early 1900s, it was the first real ‘resort spa’ in the US, for the rich and famous. People would travel here from the cities of Chicago and New York to enjoy the medicinal properties of the hot, therapeutic waters.

Bathhouses were built to accommodate the wealthy travelers, with individual bathtubs and rooms for relaxation. It is quite a thing to see.

One of the original buildings now houses the Visitor Center of the National Park, and much of the building has been restored to its heyday of the early 20th century.

The town of Hot Springs is literally in the middle of the National Park, where the is no entrance fee, and several of the bathhouses on Bathhouse Row have been restored and leased to private businesses, where you can still take in a therapeutic bath and/or meal (one is an eatery and brewery).

There is some weirdness about this town too. Lots of the buildings from the early 20th century, all the way up to the 1950s haven’t been restored and instead stand in the downtown area all boarded up and falling down. They present an eerie ghost-town like presence in the town, and there are even ‘ghost tours’ of a couple of them!

There is one older hotel that has been restored and is quite elegant – it is called The Arlington. We strolled into the lobby to get a sense of it, and it does have that roaring 20s look!

There are 47 actual hot springs that are capped off and feed into either the bathhouses or to public stands throughout the downtown streets. One of the rules of the National Park is that all the water must be available free to the public and can never be sold. So there are outdoor filling stands you can take empty jugs and fill up as much water as you need. It is, however, hot (143 degrees), so you have to wait until it cools down to drink it. But it is pure and without any additives and regularly tested.

We filled jugs twice, just to participate in the craziness!

The area is a bit of an enigma because it is a popular tourist area, but also a very run-down and poor community.

However, we found a great spot for a good old-fashioned hamburger! It looked just like a couple of other old walk-ups/drive-in’s that we have frequented over the years in our home towns. It was great fun and great food!

Off to the next destination – Texas! See ‘ya down the road!