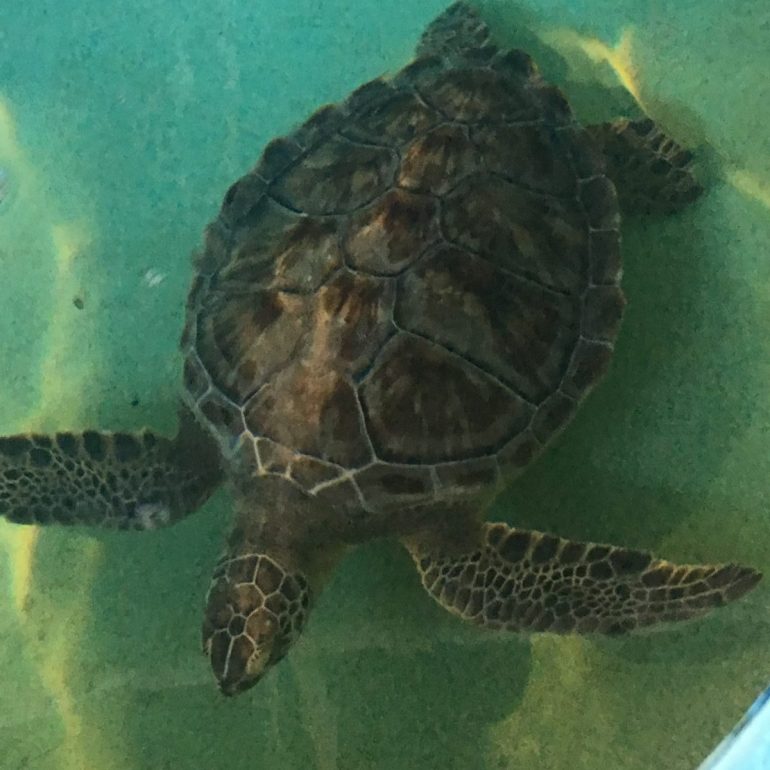 2 years ago no comments

I fell in love with sea turtles. I’ve never actually touched one, but when we visited the Sea Turtle, Inc nonprofit organization on South Padre Island, I couldn’t resist their cuteness! 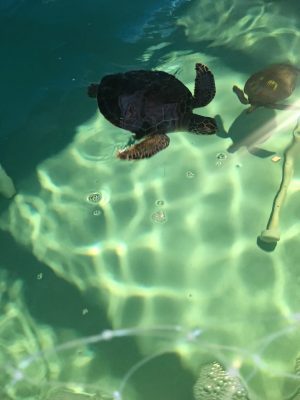 It was the one place on SPI that I really wanted to visit while we were staying in Harlingen for the winter of 2018-2019.  (Read about our stay at Tropic Winds Encore RV Park.)

It is a fascinating and very worthwhile organization, whose mission is to rescue, rehabilitate, and release injured sea turtles, educate the public, and assist with conservation efforts for all marine turtle species. 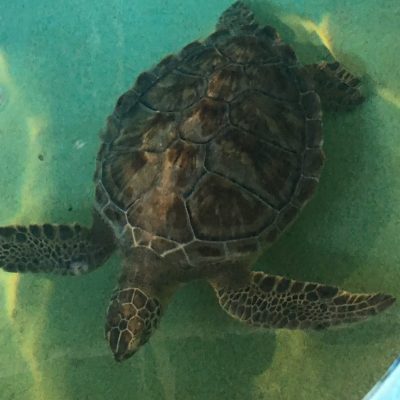 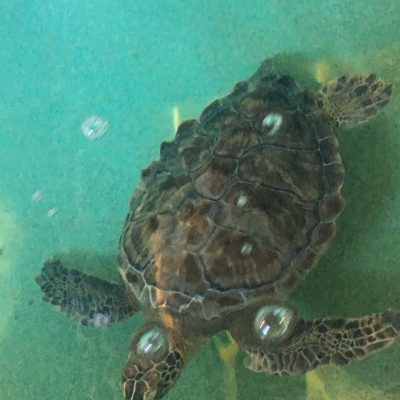 Release days are a big deal that people can go to the beach and observe! We weren’t able to do that in the time we were in South Texas, but apparently, it is very special.

One of the sea turtles that cannot be released back into the ocean is named Allison. She lost one of her flippers though an attack in the ocean. They constructed a prosthetic “flipper” so she can swim in the tank. She is a hit with all the kids and adults alike. 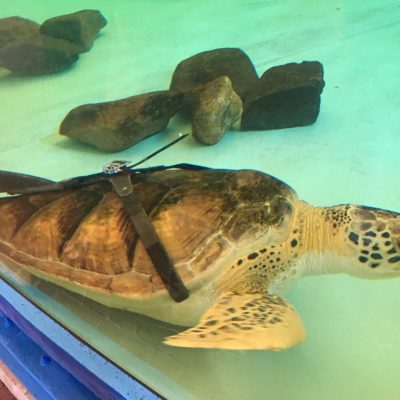 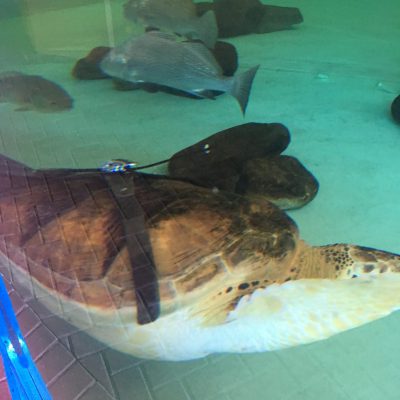 It was a fun place to visit, and I immediately decided to decorate my bathroom area of the motorhome in sea turtles! They make me smile!