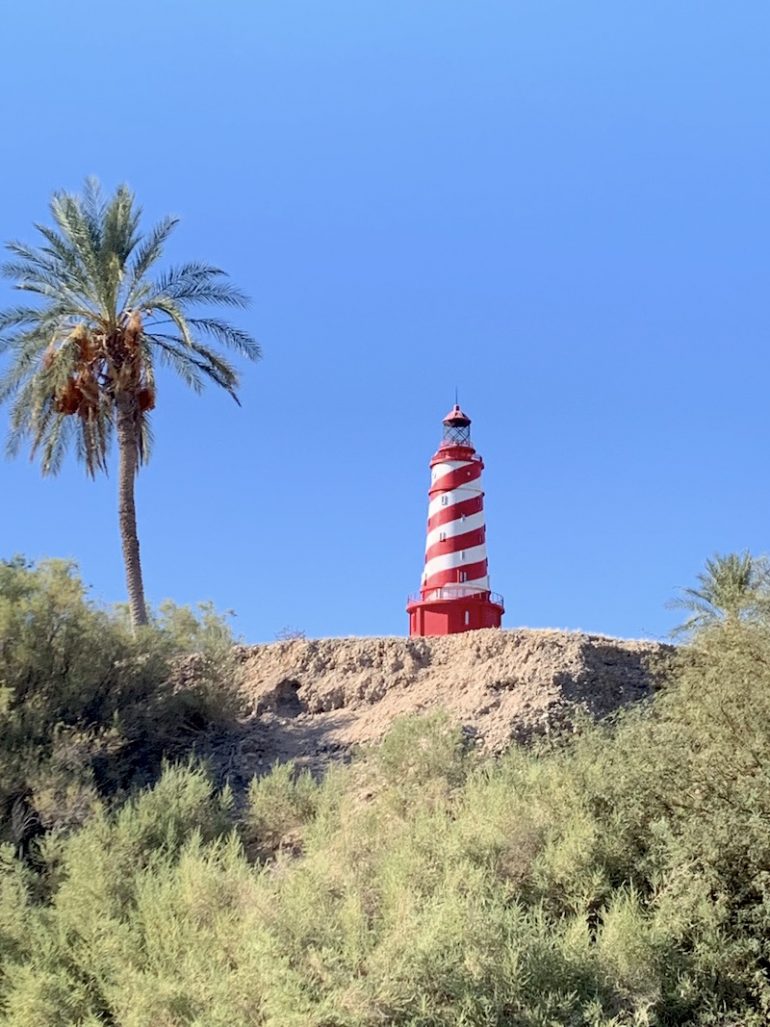 Lighthouses on the Lake

5 months ago no comments

While visiting Lake Havasu City AZ, one of the most fun ‘touristy’ thing you can do is take an open-air boat tour of the Lighthouses around Lake Havasu, the Island, and lakeshores.

Lake Havasu is created from the Parker Dam on the Colorado River, which serves as the border between western Arizona and eastern California. In fact, the state line goes through the middle of the lake. It’s a long lake with craggy hillsides and small mountains on both shores.

Around 2000, a group of locals decided that the uninteresting light poles the Coast Guard provided (protectors of the lake shores), this group raised money and voluntarily built replicas of some of the most famous lighthouses from the Atlantic, Pacific, and Great Lakes region.

There are 27 lighthouses at this point, many of which are on London Bridge island (London Bridge).

A boat tour gives you close-up views of the Lighthouses, and the Boat Captain is very knowledgeable (albeit with Clif Notes sometimes!) on the details of each replicated lighthouse.

The Boat Tour takes you out into the main portion of the Lake, where you can gaze back on Lake Havasu City as it rolls up the hillside.
I took a few photos, certainly not the entire tour of them —-

The City is a ‘planned’ community, built in the 1960s by a couple of savvy real estate developers and businessmen. They purchased the London Bridge at auction in the 1970s, and brought it back to Arizona, constructed it in town, and dug a channel of the Lake under it to create a great tourist attraction and reason to visit the city.

The tour was fun, and I only got seasick a few times…. This is a big deal for me since I have a problem with vertigo and motion sickness – therefore, the main reason I try never to get on boats, ships, planes, or trains! Just another reason I love to RV!